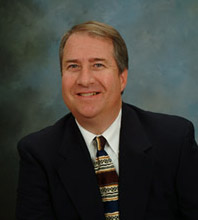 Daniel Ragland was born and raised in Atlanta, Georgia. He is a civil trial attorney and one of the founding partners of Ragland Law Firm, LLC. Both his undergraduate and law degrees were obtained at the University of Georgia.

Upon graduating law school in 1988, Mr. Ragland began representing victims of negligent and illegal conduct when he joined the renowned national law firm of Robins, Kaplan, Miller & Ciresi, LLP. There, he was part of the firm's mass tort/medical malpractice department which is nationally famous for its work on many high profile matters such as the State of Minnesota's litigation against all major cigarette manufacturers, and mass tort cases involving various unsafe medical products including the Dalkon Shield IUD, G.D. Searl's CU-7 IUD, Baxter Healthcare's Gammagard, American Home Product's "fen-phen" diet drug combination, and St. Jude's Silzone heart valves. Working in its Atlanta office, Mr. Ragland was made a partner of Robins Kaplan in 1995, and for the next nine years, he continued to earn his own reputation for outstanding advocacy on behalf of the victims of medical malpractice, defective products, drunk driving and other negligent conduct.

Earning that reputation began early in his career. Mr. Ragland was hired on his first wrongful death case in 1991 by a woman he met while doing voluntary pro bono work at the "Saturday Morning Lawyers," a program to serve the indigent in downtown Atlanta. Soon after meeting Mr. Ragland on an unrelated matter, the husband of a woman he had helped was killed by a 17 year old impaired driver who was being chased by a Douglas County Sheriff. Mr. Ragland successfully pursued litigation in the Douglas County Superior Court against the fleeing driver, as well as the Douglas County Sheriff's Department and its deputy sheriff who had conducted a reckless and unjustified high speed police chase. This case intensified Mr. Ragland's desire to represent plaintiffs in tort cases, and he was soon concentrating his practice in this area full time.

In 1992, Mr. Ragland obtained his first Plaintiffs' verdict in a federal court in Rome, Georgia where he successfully tried a case on behalf of 12 custodial workers who asserted claims under the Fair Labor Standards Act for overtime pay wrongfully denied by their employer. After trial, the judge awarded liquidated damages and doubled the jury's verdict concluding that the Plaintiffs' evidence had proven a willful violation of the FLSA by the Defendant. After this, there were many more success stories including six and seven figure settlements in several dramshop cases, a multi-million dollar structured settlement of a wrongful death case against a rental car company in Florida, settlements totaling $1.8 million on behalf of 7 workers who were hurt when a masonry block wall collapsed during construction, and a multi-million dollar structured settlement of a medical malpractice case involving the mismanaged extubation of a patient in the surgical recovery room leading to anoxic brain injury and death after a 5 month coma.

Perhaps most notably, in 1998-1999, Mr. Ragland filed and worked tirelessly on a case against a physician and pharmacy chain after his client was prescribed two contra-indicated drugs whose combined use caused a massive stroke and catastrophic injuries. Before trial, the defense requested mediation where intense negotiations resulted in a structured settlement which provided a lump sum cash amount plus monthly future benefits totaling more than $12 million. This experience of achieving such a profoundly important result for this client only reinforced his professional calling to represent those most in need of a determined trial lawyer.

Mr. Ragland has a strong commitment to philanthropy, community service, and safety advocacy. As evidenced by his many years of service to Mothers Against Drunk Driving (MADD), Mr. Ragland is particularly dedicated to preventing drunk driving and helping the victims of this crime. As a volunteer, legal advisor, board member and staunch advocate, he has served MADD and its cause for nearly 20 years. For most of the 90's, he served as "Legal Advisor" and a member of the MADD Georgia Board of Directors. Since 2002, he has served on the MADD Georgia State Advisory Council. Mr. Ragland and his law firm have contributed and raised more than $20,000 for MADD Georgia's 2006 and 2007 "Strides for Change Walk," and 2008 "Walk Like MADD" campaigns. Ragland Law Firm, LLC has twice received the "Top Fundraiser" award at these events in 2007 and 2008.